Could I keep a single Oscar with a school of 5 or so tiger barbs in a 75 gallon?

No. The tiger barbs will be doomed.
Reactions: Matteus, Jexnell and tlindsey

^ +1
Any thing that can or almost fit in an Oscar's mouth will end up in it.
Reactions: Matteus, Jexnell and tlindsey

Agree with the others. Oscars like asian food as much as the rest of us.
Reactions: N13, Matteus, Jexnell and 1 other person
T

I think the barbs would be too fast for the O my concern would be the barbs bum rushing the O and nipping his fins
Reactions: J. H.

Oi mate, have you even read what we said? I had barbs with my senegal bichir. Bichirs are hella slow, but guess what? I found the barbs dying off one by one with my bichirs bite barks all over them. Considering oscars are a crap ton faster than bichirs, I'd say hell no to tiger barbs.
Reactions: fishhead0103666, tlindsey and Jexnell

Ive tried this exact combo in years past. Once the oscar reaches 8" all bets are off.

Ime, the biggest problem with tankmates that are "too fast" as ive heard it put is that the oscar or whatever other predatory fish will still chase it, often injuring or killing itself, or damaging aquarium equipment or even the tank itself. If youre giving feeders in a 75 gallon tank with a full grown oscar, its a matter of when, not if this will happen.
Reactions: Matteus, fishhead0103666, tlindsey and 1 other person

My Oscar lived peacefully with my Roseline sharks, for about seven months. 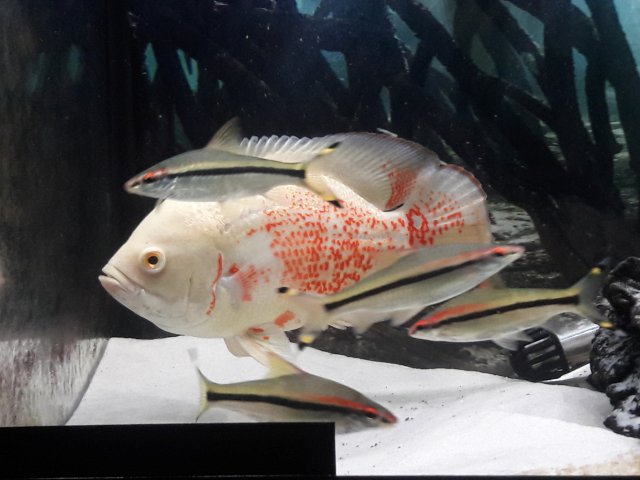 Then one fine day out of the blue with no warning, she ate one. 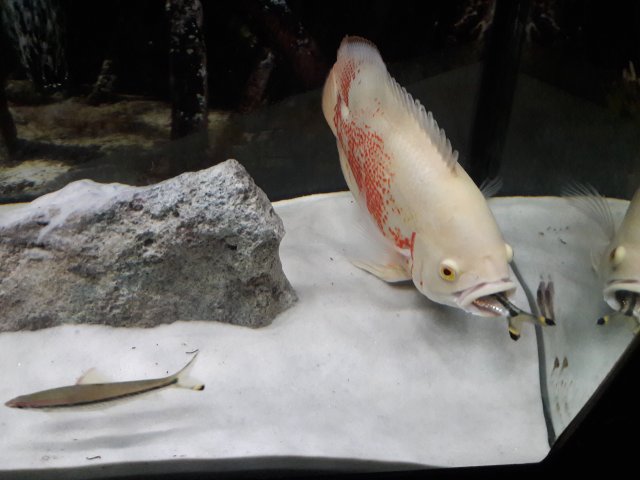 So like others have said, if it fits at some point in time the Oscar will try and eat it.
I switched to Silver Dollars and guess what, she tried to eat one of them as well. Only thing that saved it was it was too tall for her to swallow it...
Both of these fish can cover the distance end to end of a six foot tank with a single powered flap of thier tails. Yet the Oscar still managed to eat one and almost eat the other.
If you are dead set on it, try it but don't say we didn't warn you when you wake up one morning with missing Tiger Barbs and a giant grin on your O's face and a giant bulging belly.
Reactions: Matteus, fishhead0103666 and Pond9
J

troublesum said:
I think the barbs would be too fast for the O my concern would be the barbs bum rushing the O and nipping his fins
Click to expand...

I have heard of people who had tiger barbs mob and kill medium sized cichlids as a response to a predator. Not sure where, though.
Expand signature
This world will end when cyclists obey traffic laws.
Coffeepot Dovii Keeper
Ich bin ein Schneeflocke.
Reactions: fishhead0103666
You must log in or register to reply here.
Share:
Facebook Twitter Reddit Pinterest Tumblr WhatsApp Email Link
Top Bottom