A 75 is quite small, my rule for myself, is nothing over 7.5" of fish, in that size tank.
But I grew out a pair of Chiapaheros grammodes from 1.5" in a 75. But at about 7" after spawning 3 times the male killed the female, probably because the tank was becoming too wimpy. Might last 2 years from fry size in that size tank, but of course with no other tank mates
They are considered a quite aggressive species.
female 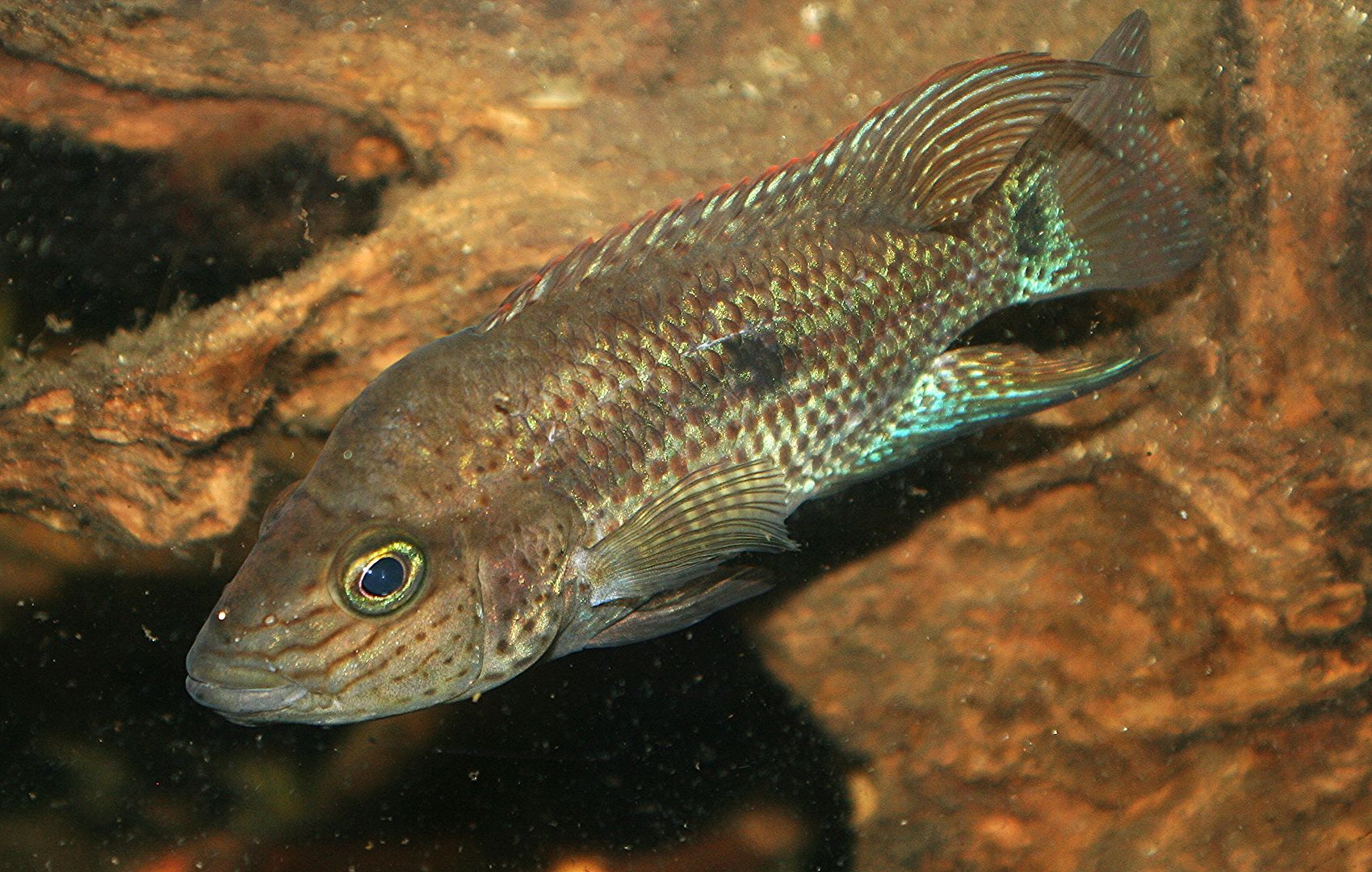 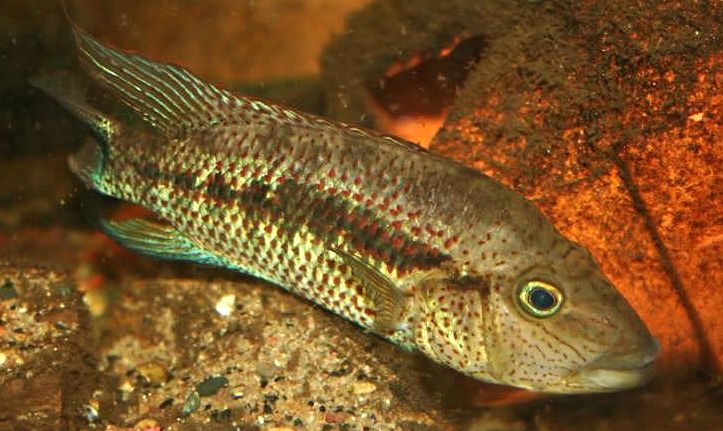 They are all aggressive if the tank is too small.
Aggression is a term used to often. Territorial behaviour is based on securing a territory. If the tank is big enough to provide the space required for a particular species to set up a territory, territorial behaviour will be diminished.
Aggressive behaviour only occurs when other fish can not leave the cichlid pairs territory.
Aggressive behaviour will be observed more by species that set up larger territory in nature. For example, Dovii set up a territory roughly the size of a small tennis court.If we are to house a dovii pair in a tank of 500 gallons they will still behave aggressively to other cichlids that enter that tank as their natural exclusion zone centered around a spawning site will be far greater than the tank can provide.
On the other end of the scale,a firemouth will make do with a few inches for a territory, therefore it's space requirements can be met in more modest tanks such as a 75 gallon.
Cichlids are not aggressive by nature,they just want to mate and bring up their young in their own space.
If i were to make love to my wife and some random stranger kept popping into our bedroom I would behave aggressively, that does not make me an aggressive person.
If cichlids are aggressive in your care, you are keeping them incorrectly.
If you want to witness aggression in your tank, then I can't help.
Aggressive cichlids= incorrect housing.
Reactions: CrazyPhishMan, RealCrix220 and cichlidfish

The experiences I have had with breeding pairs of CA in 4' tanks is that the male always ends up turning on the female even after several successful spawns. The ability to separate a pair on very short notice would be key for long term success when pairing " aggressive" species. I would think the same would hold true even in a somewhat larger tank since the males can be quite relentless once they get going. The fish I am referring to were young 3" ish salvini and carpintis pairs housed alone.
Expand signature
"A common mistake that people make when trying to design something completely foolproof is to underestimate the ingenuity of complete fools." Douglas Adams